My Experiment with ‘Doodh’ - A preterm that lasted long

Good judgement come from bad experiences which are a result of bad judgement. This quote has stuck me since I read it. Life is but an experiment right. An endless journey of learning from mistakes. And what better experiment could it be than bringing up a new life. More so, if your baby is in a hurry to see the new world and decides to pop one month earlier than she is due!


Ninth month of my pregnancy had just started, my energy levels were all time high. I had planned to go to office till the day of my delivery, I was walking, exercising, painting happily. On Friday, while leaving the office, I took a mouse from my work station as a spare wasn’t available at the tech lounge. My colleague commented, “Why not wait till Monday? You will get a new one!” I smirked, “What if I deliver this weekend?” Everyone apart from God took it as a joke. This was the last thought which passed my mind as I entered operation theater early morning on Sunday. My baby had decided to keep her head held high and no one will let me push her down. Yes, a breach baby had to be operated. All my keggles, Lamaze gone into drain. No regrets though. The cute face of my sleeping beauty made me forget everything, except the pain of stitches of course ha ha. Thus, started the series of experiments I describe below.

Exp 1: Squeeze it out
Starting day 2, nurse started making my baby suck my breast. Slowly some colostrum got secreted and the next day I could see drops of white milk. I was so happy, as I had heard for c section, milk process will be delayed. But she won't latch. I tried a lot and failed. The nurse suggested I could pump my milk and feed her. That was my first rendezvous with the greatest invention of mankind as my friend puts it. A heaving electric funnel that could squeeze everything out. After an eternity, I could get some 20 ml milk which I fed her triumphantly. The repercussions were known next day when my breasts became the glaciers affected by global warming. They kept dripping every second. I was overflowing with milk! Heavy breasts and a small mouth are a bad combination, but we kept trying to latch her. I got a lactation expert who could make her latch, but I kept feeling I needed 20 hands to get the job done. To make things worse, I had flat nipples. Someone suggested to get nipple shield which made life very easy. I got discharged and continued feeding directly with the shield.

Exp 2: Pump it up
I could get her to latch on left, while right needed the shield. People had terrified me of shrieking monsters. My baby was an angel, which irritated us. She used to sleep forever with not even a single sob. Never did she complain or say no to milk either. The only time she would be awake was night, matching the time of her birth. At that time, she will keep sucking for almost an hour sometime. I was happy that she was drinking a lot of milk. I had also got a manual pump, partly to ease my rock-solid breasts. I was expressing and giving a top up whenever I felt she drank for less time. In three days, we had an appointment with doctor. To our surprise, she had lost weight. That too after coming back to her birth weight. We all were concerned. I told doctor that she was drinking a lot. He said her drinking spell was lasting way longer than it should. So, she must be getting less milk and in turn tiring herself. This came as a shock to us. To pump up her weight we resorted to the pump. I started expressing and solely giving that. We were use palaadai to feed her. I had heard that palaadai needed patience and technique. I tried inculcating both but ended up with sprays of milk on my face. We had got a bottle with the Phillips pump. But the nipple seemed too hard for 2.3 kg baby. We enlarged the hole and started using the bottle. This went on for two weeks.

Exp 3: Deflate the inflation
We started observing that although the weight was on the rise, she was getting very uncomfortable every day. Her face was getting red, legs curled up. Judgement was passed, colic! We realized that to ease her intake, the flow had increased and hence we were positioning the bottle such that gas might be entering with the milk! A side effect we didn't imagine! The nipples went into the trash that same instant, but the outcome couldn't.

Exp 4: Straight into the mouth
We decided to throw away all the nipples apart from my own. Everyone was anyways against bottle saying it could take her away from me. The gas issue caused my aversion to it. She was 3 kg and I decided to shift to direct feed. The decision was sudden, so was the implementation. My baby was given no notice. We just started feeding her directly. My breasts were getting heavy and started paining. But this time I didn't want any artificially high supply. I didn't express at all. The next day I felt a big burden was off my chest. With regret went away my supply. I realized by engorging my breast, my body thought there was no need of milk now. Even when I tried pumping I couldn't get anything out. That day was a nightmare. I will keep her on my lap, praying that my body realizes her presence, pump, make her suck and pump again. I realized a few things that day.
·       Body could distinguish between pump and baby. Even if pump failed, milk would secret if baby sucked.
·       Over pumping could lead to breast outlet jamming while the more baby sucked the more milk got secreted.
·       If we pump at a particular time, milk supply increases at same time next day. A delay of an hour and I would feel there is no supply at all.
·       Pumped up breasts leak like anything and engorging makes everything disappear.
Due to the gas issue, doctor had asked to avoid formula milk. Here I was with no supply and a crying baby. At one point, I had just kept her latched on and slept like that dreaming of milk. In two days my supply got reestablished.

Exp 5: Best of both worlds
We shifted back to bottle again, but this time with the original non-hampered nipple. We were too scared to go to the direct feed. But gas issue was still the same. I kept researching the right way to hold the bottle, different brands and types. What we missed out completely was burping. Only later someone suggested that we may not be burping correctly. Also, the pro biotic and colic aid were of little use. The magic powder was asafetida. It worked wonders. Both these facts and my realization that my breasts might have engorged gave me the confidence to try direct feed again. But this time we wanted to take it slow. We tried giving her expressed milk and then let her feed directly. But this would reduce the initial fore milk and make her get tired. Later as we got confidence, we started letting her feed directly and express and give on need basis. We would make sure at least once in three feeds we gave bottle feed. This went on well for a week. The last day we shifted to 100% direct feed. She seemed to drink well. But then she was sleeping a lot. She was wetting her diapers, but she even slept the whole night which was weird. The next day we started getting concerned whether we were tiring her a lot. That night she was fully awake and demanded milk every half an hour. I was not even getting time to pump and as I had mentioned earlier, pump wasn’t pumping a lot. So again, there she was clinging to my chest and my nipples getting sore.  We decided to shift to bottle feed again. This sleep and wake cycle happened three more times. We doubted if it was a growth spurt. Only time will tell.

Here I am, with a latching baby, an over sterilized bottle, an over experimented self and a weaning determination with a hope to make her feed the natural way. I wish it happens soon. 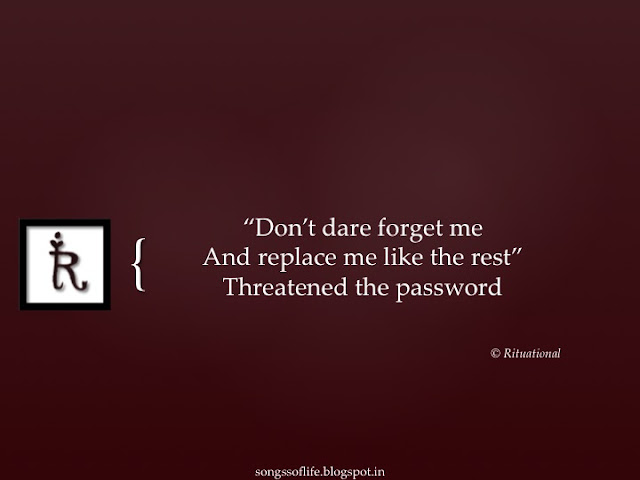 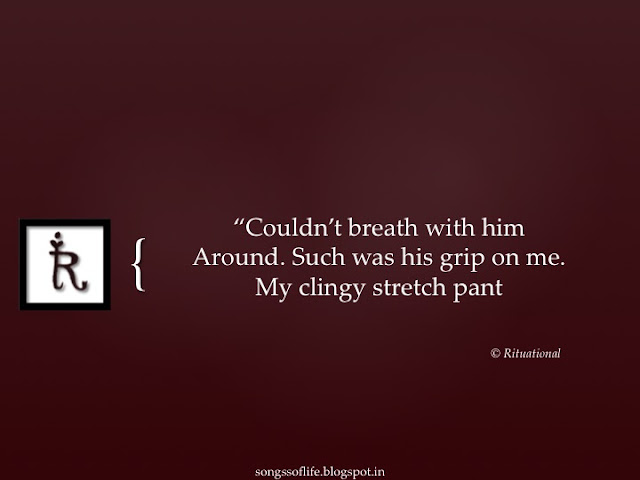 Based on true events 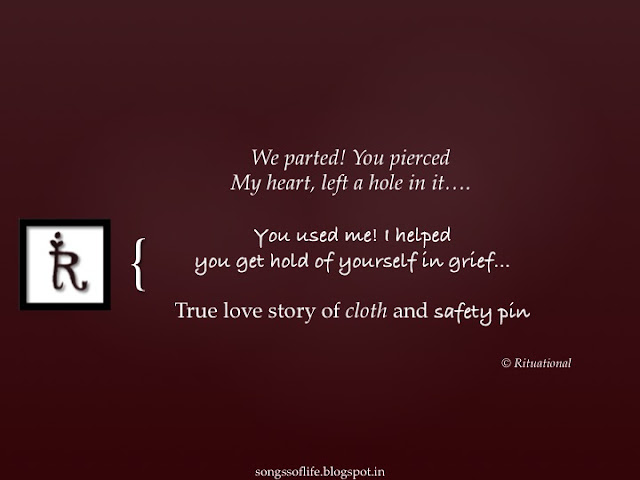 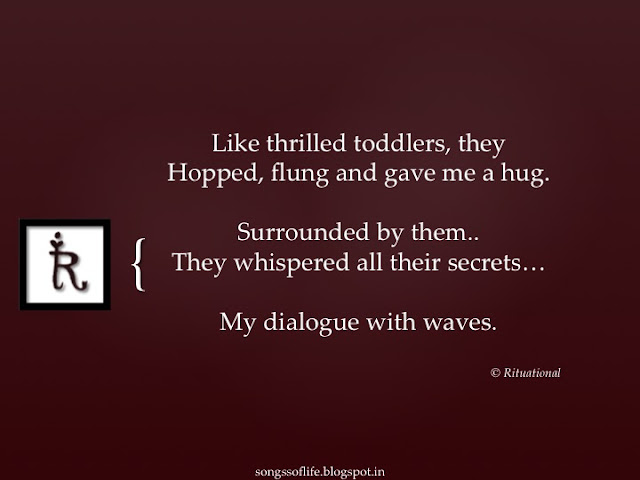 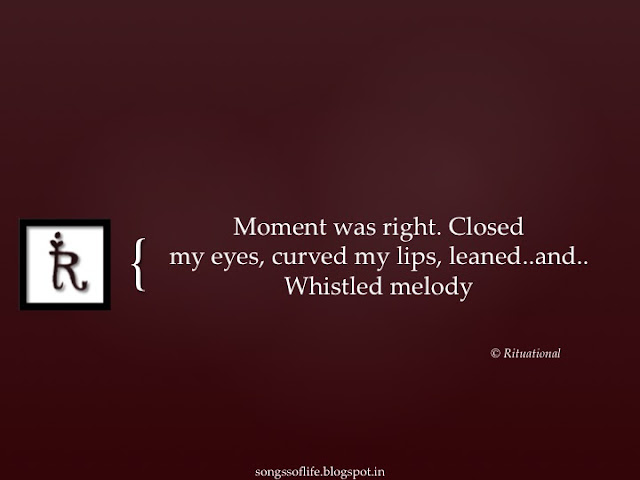 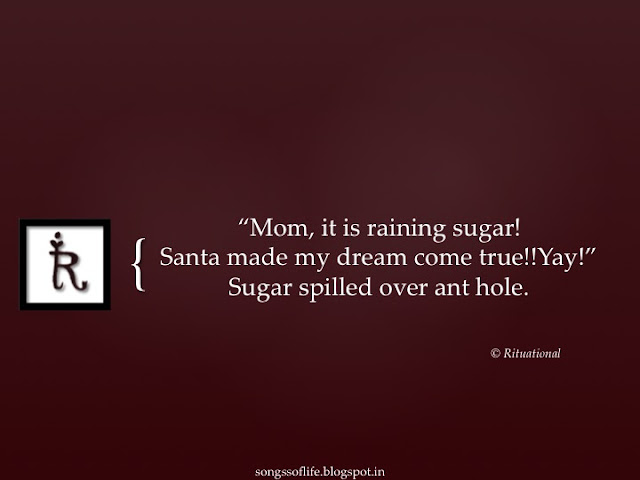 My take on the happenings/ non-happenings of my daily life. I like to look at things from a different angle and attempt to spice it with humor. I think of myself as a situational writer, hence 'R'ituational.